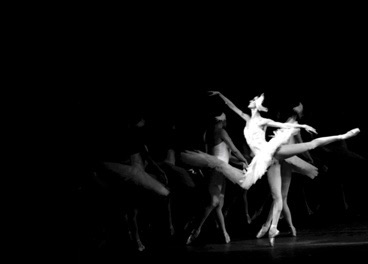 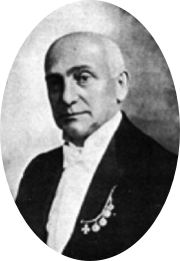 The Cecchetti Method is a rigorous system drawn up with careful regard for the laws of anatomy, and it is designed to endow the human body with all those qualities essential to the dancer...balance, poise, strength, elevation, elasticity, "ballon" and so forth.

These qualities are naturally not the monopoly of the Cecchetti Method; they are the ideal of every school of training. But the Cecchetti Method differs from those other schools in the endeavor to reduce the dancer's training to an exact science, by imposing a formula evolved over years of preparing boys and girls of many nationalities to become dancers, to knead and shape their bodies to bear the strains and trails of public appearance and to fit their muscles and tendons and nerves to respond readily to whatever steps and movements might be required of them by the choreographer.

The imposition of a spartan unalterable regimen, according to which every day in the working week has its own particular set exercises, is an essential part of the system. This ensures that different types of steps are infallibly practiced in a planned sequence, stretching and contracting each set of muscles in turn and to a carefully calculated degree. Each exercise is executed to the left as well as to the right, beginning one side one week, and the other the next. The cumulative effect of such exercises carried out in the prescribed manner is definite.

Another important feature of the Cecchetti Method is that the student is taught to think of the movement of the foot, leg, arm, and head, not as something apart, but in its relation to the whole body, which develops a definite feeling for line. Again Cecchetti laid down that it is more important to execute and exercise correctly once, than to do it a dozen times carelessly. Quality therefore rather than quantity is the guiding rule. The Cecchetti Method is classic in its purity and clear-cut style; it is classic in its strenuous opposition to all extravagance and fussiness of movement; it is classic in its insistence on the importance of line.

The complete Cecchetti Method includes a very full vocabulary of movement, including nearly forty "adages", composed by Cecchetti himself for the development and maintenance of balance and poise in every conceivable position and in every type of movement, the body being supported on either leg. The eight "Ports de Bras", or exercises to develop the graceful movement and coordination of the arms, are generally admitted to be unsurpassed.

The prime purpose of the Cecchetti Method is that the student shall not learn to dance by trying to imitate the movements executed by his teacher as a model for him to follow, but shall learn to dance by studying and imbibing the basic principles which govern the art; in short, to grow and develop from within out, to become completely self-reliant.

One final point; although Cecchetti insisted upon strict adherence to his program of daily practice, he invariably advocated that the lesson of the day should be followed by studying unseen steps composed by the teacher in order to develop the student's powers in "quick study" and his ability to assimilate new steps and new "enchantments".

There have been critics who declare that there is "no method". The fallacy of such statement is, I submit, self-evident.

It is argued that to do a certain set of exercises on each day of the week is soul-destroying, and that it is essential to keep the student interested. But is it not rather a question of whether the student attends class in order to amuse himself or be entertained by the teacher, or whether he is taking classes for the sole purpose of learning his job? The most celebrated musicians do not disdain to practice daily certain scales and exercises which they have practiced thousands of times before. They do not do this for amusement, but to make their fingers supple and sensitive, to increase their extension, and to develop their powers of touch. There is, unfortunately, no royal road to becoming a dancer, and those who pretend to be able to turn out a finished dancer in a few months by what is euphemiously termed "intensive training" may be dismissed as bogus teachers trading on the credulity of parents. The dancers is truly born of toil, tear and sweat.

It has been well said by that great critic the late Andre Levinson, that the dancer is both violin and violinist. The violinist cannot play without his violin, and there is a considerable difference in playing on a an instrument purchased for $20.00, and a Stradivarius. The dancer cannot dance until he has made his body into an appropriate and sensitive instrument. Cecchetti's series of difficult "adages" are designed for that very purpose. Expressiveness is the touchstone of every art, and this is especially true of the art of ballet, and not until a sequence of movements is known by heart can the dancer invest those movements and steps with expression and learn the thousand and one graduations of "color" which can be accorded to them.

I believe the Cecchetti system to be infallible and physicians have testified to the soundness of it anatomical principles. Given a suitable body, it will, in the course of a few years, change the neophyte into a skilled dancer endowed with all of the desirable qualities I have already cited, provided its principles are followed with care and attention. But, as in all walks of education, teachers vary. It is not enough to have the necessary theoretical and practical knowledge, one must know how to impart it and possess the experience and taste to adapt it when the student falls short of the required standard of physique.

In proof of the values of the Cecchetti Method, I could cite the names of many prominent dancers who attended his classes and those of certain of his successors and have admitted the benefit they derived from his teaching. But this is crystallized in the charming tribute paid by Anna Pavlova to her old teacher:

"The feeling of great gratitude I have for what you have taught me, is blended with my love and respect for your personality."

"When you finished your brilliant career as the first dancer of your day, you devoted your life to the difficult art of teaching others; with what proud satisfaction you can now look round, for in every part of the world nearly all who have made a name for themselves in choreography at the present time have passed through your hands. If our goddess, Terpsichore, is still in our midst, you, by right, are her favored High Priest."

I will conclude with one more reference. It is generally admitted that the finest company of dancers ever seen in Western Europe was that formed by the late Serge Diaghileff, whose refined taste and innate artistry directed the whole of its brilliant existence from 1909 to 1929. It was to Cecchetti that Diaghileff entrusted the responsible task of maintaining the technical efficiency of that company which at one time numbered as many as a hundred dancers, including some of the greatest artists of the age.

Again, when Diaghileff thought he had found a potential genius in a youth names Leonide Massine, it was to Cecchetti that he entrusted his training, just as, a few years later, he confided another boy, Serge Lifar, to his care. Our own Frederick Ashton learned to dance from Massine and Marie Rambert; the latter also taught Anthony Tudor - and so I could reel off name after name of dancer and choreographer of the art of ballet. But the few examples I have given as surely sufficient proof of the value of that splendid legacy, know as the Cecchetti Method, which my colleagues and I have sought to preserve and propagate for the service of dancers everywhere.

The Cecchetti Council of America holds examinations in classical ballet for students and teachers who are training in the Cecchetti method. The Syllabus tests the technical and artistic accomplishments of student candidates who have been prepared by member teachers. It offers students an opportunity to demonstrate their technical ability and understanding of the material. Each level provides attainable goals that build self-confidence in their developmental progress and successful achievements.

The CCA offers three pre-syllabus examinations for younger children that will develop poise and musicality in a fun and creative environment. The primary I, II and IIII materials were devised to ensure student enjoyment, allowing for creative applications. The teacher directs and leads the students during the examination.

Grade I and II Syllabus:

For students on a more serious track, the two lower student grades will develop proper placement of torso, hips, and legs without exceeding anatomical limitations. The coordination of arms and head are developed with a concentration on smooth transitions throughout the exercises.

A more mature sense of musicality and quality of movement is emphasized in the third and fourth levels. Students develop strength and stability in the demonstration of the pirouettes and grand allegro. Suppleness and smooth graceful movements are developed in these levels along with the coordination of head, arms, legs, and body. Students present a one-minute dance for the Grade IV examination demonstrating the ability to perform through unset movements. The dance provides teachers the opportunity to help develop the student's awareness of choreographic concepts.

Elementary Syllabus marks the beginning of the professional level examinations and links the student to the final three professional levels that demonstrate Maestro Enrico Cecchetti's work. It provides a culmination of the material in the graded work, demonstrating a mature and professional approach. In addition to adages and pirouettes that prepare the student for the more advanced levels, pointe work and the execution of beats are demonstrated in this syllabus.

The Intermediate, Advanced, and Diploma examination material used by the Cecchetti Council of America is maintained by the Imperial Society of Teachers of Dancing, London, England. Cecchetti's legacy and tradition continues to flourish and survive the test of time in this universal work that is shared among seven Cecchetti Societies across the world. The syllabus demonstrates the beautiful adages, pirouettes and allegro used by Enrico Cecchetti. It develops strong classical lines, solid anatomical placement, as well as virtuoso jumps and beats. 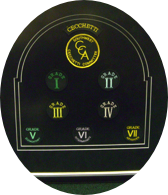 CECCHETTI BALLET examinations are a memorable experience and present an opportunity for students to be critiqued and evaluated by professional dance master examiners on a regular basis.

CECCHETTI BALLET examinations encourage each and every student to work harder, in order to develop their own, best personal potential and to help them to maintain that potential throughout their dance training years.

CECCHETTI BALLET examinations will teach students to think quickly in order to make the professional audition process easier and more successful.  It all starts with the primary exams and builds gradually to upper professional levels.

How to Make a Bun!